For theme park thrill-seekers, nothing beats the adrenaline rush of a wooden or steel coaster. There are a number of roller coaster facts that may pique any rider’s interest.

Best of the Best

With the need to keep thrill seekers satisfied and returning to their favorite parks year after year, theme park owners are always looking for the next great coaster. To appeal to roller coaster lovers, parks strive to build the biggest, longest, highest and fastest coasters.

The two longest steel coasters are located in Japan and England.

The United States is home to the top two longest wooden coasters in the world.

Part of the fun of zipping along on a roller coaster is the incredibly high rates of speed they can reach. These coasters will really have you feeling the wind whipping through your hair. 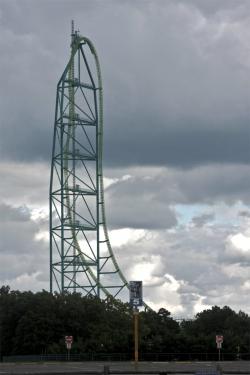 Opened in 2010, the Formula Rossa at Ferrari World in the United Arab Emirates accelerates to a thrilling peak speed of 149.1 miles per hour (240 kilometers per hour) in just five seconds. Riders experience a force of 4.8 Gs, travelling so fast that skydiving goggles must be worn.

While many modern steel roller coasters boast a 90 degree angle of descent (straight up and down), there are actually coasters that have inverted angles of descent greater than 90 degrees.

If you’re afraid of heights, then you may wish to avoid the world’s tallest roller coasters.

Part of the thrill of the roller coaster is its biggest drop.

For thrill ride enthusiasts, finding out where the most coasters are located ensures that they can get the most bang for their buck during their theme park visit. 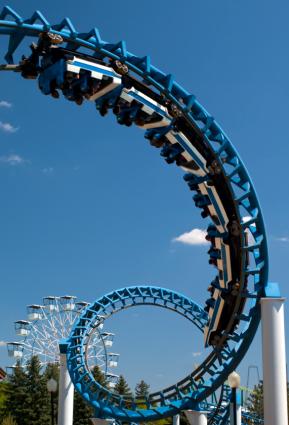 Of course, it’s not all about the thrills. Some park visitors marvel at the history of roller coasters, from their humble beginnings as moderate amusements to the heart-racing adventure rides of today. A few facts that make the history of this ride so interesting include:

Bigger Thrills Yet to Come

Roller coaster buffs can rejoice because coaster engineers aren’t done yet. They continuously push boundaries in an effort to make exciting new rides in theme parks all around the world.