When many prospective cruise crew members think of cruise ship jobs, they imagine performing on cruise ships as the most glamorous position. Before signing on and shipping out, however, it is important to understand just what such jobs require.

The headlining shows on cruises ship are the most noticeable, but the professional singers and dancers that perform in these signature revues are but a fraction of the entertainers cruise ships hire.

Many performers are actually cruise ship crew members as part of a specialized entertainment troupe. These singers and dancers perform the regular nightly shows and need to work well with different types of performances, from chorus work to solo numbers. Depending on the length of the cruise, the cast may be responsible for three or more full-length, hour-long shows, and performers may adopt radically different roles in each one. Between performances, the entertainers develop new routines, rehearse for upcoming shows, and fulfill other duties related to entertainment and the smooth operation of the cruise ship.

Every cruise ship employs several solo entertainers, often for shorter contracts than standard crew members. They may be based on a particular ship for several weeks, or they may rotate between different ships in the cruise line’s fleet to spread their entertainment skills to many different passengers visiting a wide variety of cruise destinations. Popular types of solo performers include:

Guest performers are headlining acts that are contracted for a single appearance on a special cruise – a country music themed cruise, for example, may feature several celebrity country musicians for that one voyage. Under certain circumstances, guest performers may be contracted for several appearances, perhaps on different ships, but their shows are generally quite limited. Popular singers, athletes, actors, comedians, musicians, or other famous personalities may all fall into this category. 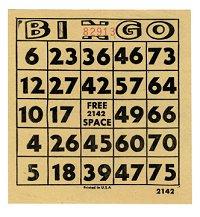 Performers may assist with Bingo games.

In addition to their expected entertainment duties – appearing in shows, arranging choreography, etc. – most cruise ship performers are involved in other aspects of cruise activities and entertainment, such as:

Benefits of Performing on Cruise Ships

There are many perks to being a cruise line employment as a performer. While regular cast members are part of the ship’s crew and do not have specialized benefits, they earn $1,500-4,000 per month depending on the cruise line, their experience, and the length of their contract. Solo and guest performers are offered passenger privileges when they are not fulfilling their duties, and they may be able to bring a spouse, significant other, for family members on the cruise at drastically discounted (and sometimes free) rates. Furthermore, performing on cruise ships is great exposure for talented artists, and at the same time they are able to travel the world and experience a wide variety of destinations – even crew members are often permitted to go ashore and enjoy new sites when their duties do not interfere.

Getting Hired as a Performer

The first key to being hired as a cruise ship entertainer is having great expertise, skill, and talent in whatever medium the artist represents. Because a cruise ship is a closed and limited environment, however, it is also critical for a performer to be versatile – a skilled dancer who can double as a solo guitarist or a comedian who can also create an impressionist routine will have an advantage over less flexible performers. Prospective performers should also be enthusiastic and outgoing, well able to work with many different personalities.

A well-rounded resume is a good step toward becoming a cruise entertainer, and venues such as other cruise lines, amusement or theme parks, nightclub engagements, or Las Vegas shows will help distinguish a performer’s work experience as appropriate for a cruise ship. Other useful skills include travel experience, multiple languages, safety certification (CPR, first aid, etc.), or child development degrees depending on the specific type of entertainment position sought.

Performing on cruise ships is a fun and unique way to spread great entertainment beyond a single club or show. Cruise ships offer many opportunities for qualified entertainers, and being a cruise ship performer can be even more fun than being a passenger.