In areas of the United States that experience long, cold fall and winter seasons, indoor water parks are the perfect escape for families to grab a little taste of summertime anytime. Indoor water parks encompass a range of sizes, from small-scale operations to large productions. With water park attractions located under one roof and offering something for every age, it’s no wonder that indoor water parks are, as indicated by Hotel & Leisure Advisors, growing in popularity. 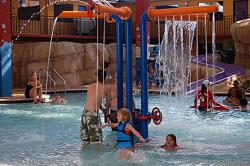 Resort chains offer visitors a recognizable brand and options for vacation planning. A chain’s different locations offer similar rides and attractions, ensuring that guests know what they are getting when they book their reservations.

Families looking for a fun place to stay may want to check and see if their vacation destination is home to one of the ten CoCo Key water park resort locations. These indoor water wonderlands feature palm trees, constant 84-degree temperatures, and a slew of colorful decorations. 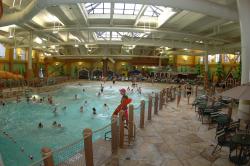 With ten locations in the U.S. and one in Canada, this popular chain is synonymous with indoor water parks. The main feature of Great Wolf Lodge water parks is a 12-level tree house fort equipped with water play to make it fun for kids of all ages, along with a wide variety of other activities. A rustic north woods theme is represented indoors and out.

From the snow belt to the balmy south, indoor water parks are popular family vacation destinations in many states. Families can spend a day at an indoor water park during their travels, or plan their vacations to include stays at resorts that have on-site indoor water parks. Guests at these resorts can enjoy the ease of having both water park amusements and hotel accommodations in one place.

Located in the upper Midwest of the United States, Illinois is subject to long winters. The state boasts several indoor water parks, including two CoCo Key resorts – one in Rockford and another in Chicago. Other options throughout the state include: 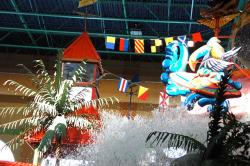 Right next door to Illinois, there are three indoor water parks in Indiana. Two are in Indianapolis and one in Shipshewana. 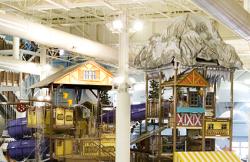 On a border with Canada, and Illinois’ other neighbor, Michigan’s has very cold winters. There are five indoor water resorts in Michigan, including a Great Wolf Lodge in Traverse City. Other indoor water parks in the state are: 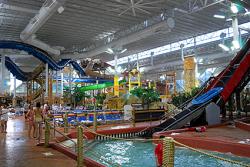 Though winter weather can be quite harsh and cold in Pennsylvania, there are only four water parks in the state, including a Great Wolf Lodge in the Poconos. Other parks include: 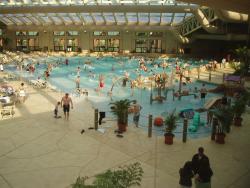 This genteel southern state is home to country music, lovely scenery and many attractions, including three indoor water parks. The water parks are all located in the eastern part of the state in and around the Smoky Mountains. Locations are: 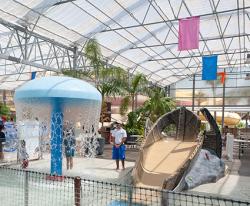 Despite the state’s tremendous size, there are only four indoor water parks in Texas, including a Great Wolf Lodge in Grapevine near the Dallas-Fort Worth Airport. Other locations in the state include:

The Old Dominion state has only two indoor water parks, a Great Wolf Lodge located near Williamsburg and Massanutten Resort in Harrisonburg in western Virginia. Plans for a third African themed resort in the Kalahari chain began in 2009, but stalled due to lack of financing in 2012. 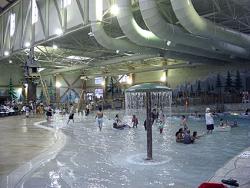 The largest city in the state of Wisconsin the, Milwaukee area has four indoor water parks including two in the city: Puddle Jumper Lagoon at the airport and Paradise Landing at the Hilton Milwaukee City Center. Two others are nearby in surrounding towns:

Wisconsin Dells, in the south central part of the state, is home to three indoor water parks:

You can enjoy climate controlled water-fun at any indoor water park you decide to visit. While no two parks are literally identical, a number of elements can typically be found in most parks. Popular features include:

Indoor water parks can be an oasis for those plagued by cold winters, though they are not just for cold weather fun. These parks also allow visitors escape the heat of summer and avoid inclement conditions any time of year. Indoor water parks came on the scene in 1985, with the first built in Edmonton, Alberta, Canada. World Waterpark, as it is known, is over 225,000 square feet and includes the largest indoor wave pool, a variety of water rides, zip lines, and bungee jumping. It wasn’t until 1994 that the first U.S. indoor water park was built at the Polynesian Hotel in Wisconsin Dells, Wisconsin. With an increase in the number of these parks over the years, it’s becoming easier for families to visit an indoor water park without having to travel too far from home.